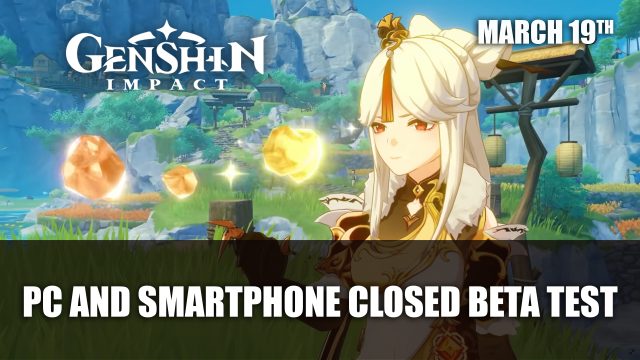 MiHoYo have announced the date for the open beta test for their upcoming online action-RPG Geshin Impact for PC and Smartphones.

MiHoYo the developer behind the upcoming online Action-RPG Geshin Impact have announced that March 19th will be the start date for the closed beta test for PC, iOS and Android. The game sets to include a freely explorable world, a number of character roles, an elemental reaction-based combat system, as well as an engaging storyline.

The title draws inspiration of The Legend of Zelda: Breath of the Wild which is quite representative in the artstyle and even some of the gameplay, but let’s you take control of up four playable characters at a time, with total of 30 playable characters available. It also sets to have a more complex RPG mechanics system and has a mix of magic as well as fantasy.

You can check out the preview trailer below:

Genshin Impact is will release worldwide for PlayStation 4, Switch, PC, iOS, and Android in 2020.

For more news be sure to read next Fallout 76 Designers Exceed Budget For Wastelanders NPC Dialogue and Final Fantasy VII Remake Red XIII Is Not A Playable Character Plus New Visual Revealed.