Zenimax has announced two new dungeons will be releasing alongside Update 27, Stone Garden and Castle Thorn coming with the Stonethorn DLC.

The next DLC for the MMORPG The Elder Scrolls Online is Stonethorn, adding two new dungeons and will launch with Update 27. New dungeons means new item sets, new collectibles, new Dark Heart of Skyrim storylines, improvements to performance, homestead character pathing for the house editor and various fixes plus balances.

The next DLC Stonethorn will introduce two new dungeons that continues the tale of the Dark Heart of Skyrim started with the Harrowstorm DLC and Greymoor Chapter. Although these dungeons are part of the greater story, you can still dive into them and enjoy what they have to offer.

In Castle Thorn the vampire army have overrun the halls, all under the influence of their master Lady Thorn. Stop these dreaded hosts from corrupting the people of Western Skyrim by taking on the dungeon, fight through the monstrous legion and foil their plans for invasion. 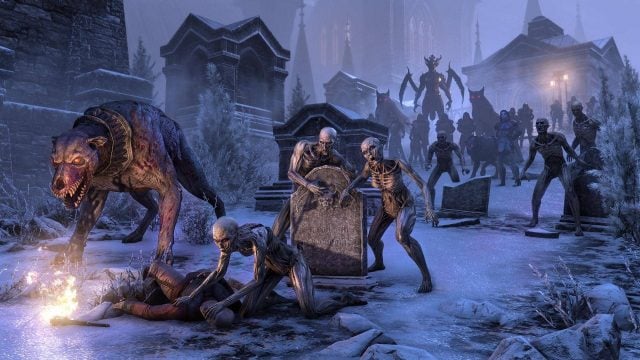 New Castle Thorn item sets according to the PTS patch notes can be found below:

The Stone Garden focuses on the Alchemist Arkasis and his secret laboratory. What lurks there are the terrible creations, found beneath the caverns of Blackreach and will be nothing like what you’ve seen before. Come face to face with his evil genius and his terrifying experiments.

Each dungeon comes with new challenges, plenty of beasts and bosses to best. There are also new questlines to adventure through plus new Achievements to earn, item sets and collectibles. 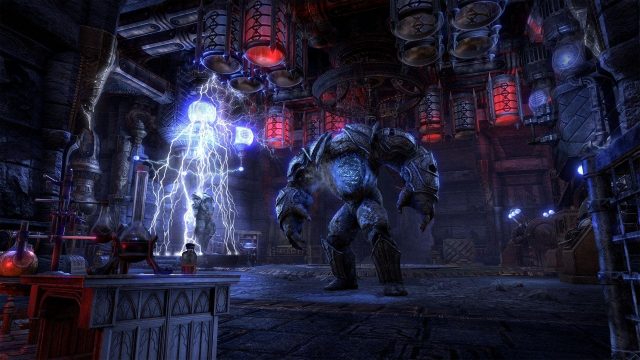 New Stone Garden item sets can be found below according to the PTS:

There are also new achievements and titles to earn from both dungeons:

Along with a new DLC comes Update 27, this will be a base-game patch that will include improvements, balance changes and new features for ESO, plus it’s free.

Performance improvements include a continued effort by the Zenimax team to improve set abilities, fix server task messaging, introduce new critical memory management and more. This update also focuses on game stability and will reduce load times as well as reduce the number of memory crashes and performance drops.

There is also focus on AoE effects, the new AoE for the server will help keep latency low and reduce the FPS drops on the client. Zeni is currently testing this approach on the Dragonknight Standard (including morphs) for Update 27.

They are also taking a look at intermittent loading screens. At times when you’re running around Tamriel you may get hit with a short loading screen, while it isn’t long it can break your immersion when exploring the beautiful world. An incremental fix will be released for Update 26 but will also be monitored for Update 27, hopefully eliminating this bug.

This update will also add Character Pathing to the Housing system, you will be able to build paths for your house, for pets, mounts and assistants to follow. This means you can pick your favourite merchant (hands down Fezez) and choose a path for them to walk, even adjust their walk speed and whether they will walk in a loop. This new addition will make your favourite  home feel more alive.

What’s also coming to ESO are Houseguests, these are collectible characters are unique, with their own distinct appearances and can be added to your home as well.

Other interesting change include some changes to skills. For PVP skills you will now unlock Vigor first in the skill line, taking the place of Rapid Maneuvers, this has been adjusted to help those who are using Stamina builds and for a more balanced leveling experience.

Both Stonethorn and Update 27 are now available on the Public Test Server for PC/Mac. In order to check out the PTS you will need to open your ESO launcher, go to the Settings menu and then select PTS. You will need to then download the PTS.

Stonethorn DLC is the next game pack to be coming to ESO as part of the Dark Heart of Skyrim. Elder Scrolls Online is currently available to play on Playstation 4, Xbox One, PC and Stadia.

If you’re looking for some help be sure to drop by our Elder Scrolls Online wiki. You can also check out our ESO guides sections for builds and more. Want to know if ESO plus is worth it for you? Be sure to watch/read our ESO All DLC Review: Is ESO Plus Worth It?