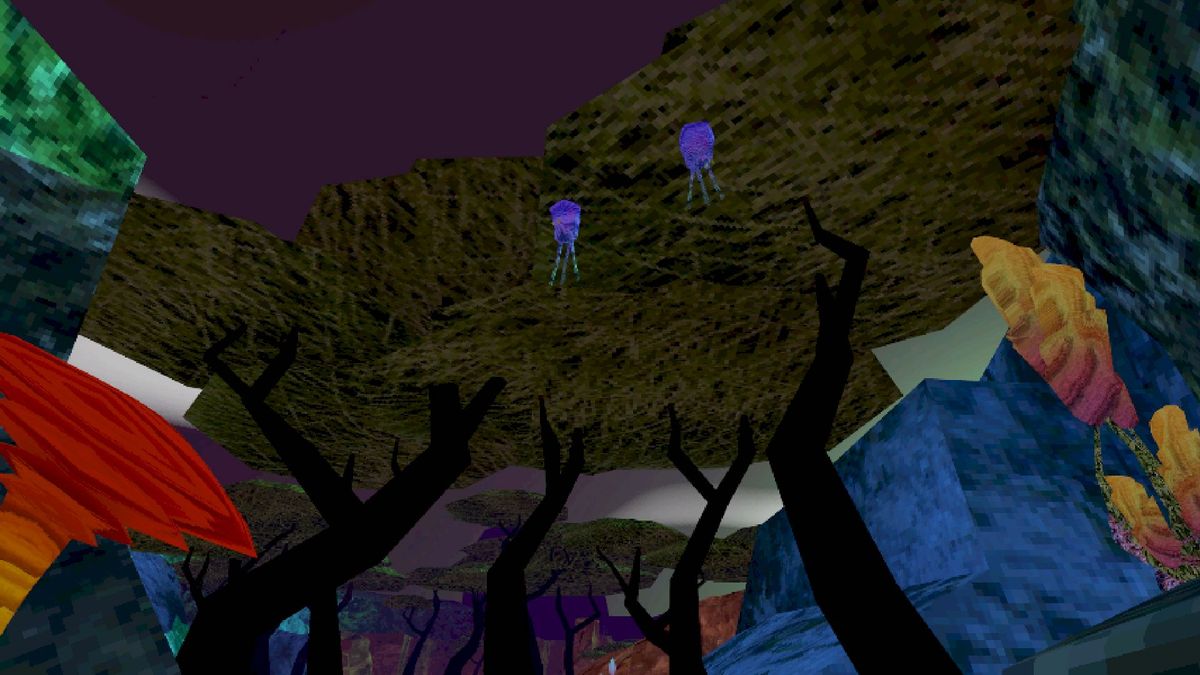 A couple of weeks ago I watched EEK3, a digital showcase for indie games with that Haunted PS1 aesthetic, complete with its own virtual showfloor. Among the games that caught my eye was Cellular Harvest, which is about an auditor sent to an alien planet to document its lifeforms. It’s out now, I’ve played it, and it’s good.

The backstory is that in the future we seed worlds with life, then come back much later to figure out if they’re worth harvesting for consumer goods. Maybe this weird slug’s shell can be ground down to make something that’ll get the grout of your tiles. Did you know shellac is made from a resin secreted by bugs? Carmine dye comes from insects as well, but rather than a resin we can just scrape off trees it’s made by boiling cochineal bugs. It’s still used to make food look red, just casually adding bug juice to things we eat.

Anyway, back to Cellular Harvest. It’s a relaxed photography game where you wander around one of those 1970s sci-fi book cover planets hunting for strange worms and fish and birds. There’s an album to fill, and it’s worth noting you’ll need multiple photos of each creature, which is something I didn’t figure out right away because I’m a doofus. You’ll want to track down four of those eyeball stalks rather than just snapping an artful shot of the first one you see and then ignoring every other one you pass.

It’s not all chill times on the brightly colored slime world, however. EEK3 was a showcase for low-poly horror games after all, and the unsettled feeling you get is deliberate. The creatures are sometimes grotesque and so is your job figuring out if these living beings can be made into preservatives or makeup. It’s a short game set in a relatively small explorable area, but be prepared for Cellular Harvest to go some places.

It’s available on itch.io in a package that gives you both a green and purple edition, which are identical but for the sky color. I played the purple one.