Grinding Gear Games, the developer and publisher of Path of Exile, has released their new Harvest expansion, which launched on June 19. The new update comes with the Harvest Challenge League, alongside many changes and re-balances to skills and passive trees. There’s also a big buff for two-handed weapons, Slam skills, and Warcries, which are the three main mechanics we plan to take advantage of in this starter build Ice Crash WarZerker.

Melee is not advised for starter builds in general, nor attack builds, because of the fact that getting the best weapons (crafted/uniques) can be very challenging or next to impossible. However an Ice Crash Berserker build is a solid exception, due to the fact that Debeon’s Dirge exists. It’s a very common drop, an underutilized item, and very cheap to be used in every single league, and all league long. Being the best in slot for this build, means that we can gain the most power potential very early in the league. We can also start farming for higher level content and earn good money as fast as possible. With 3.11 rebalances, the added damage modifier on Ice Crash benefits even more from Debeon’s Dirge now more than ever. 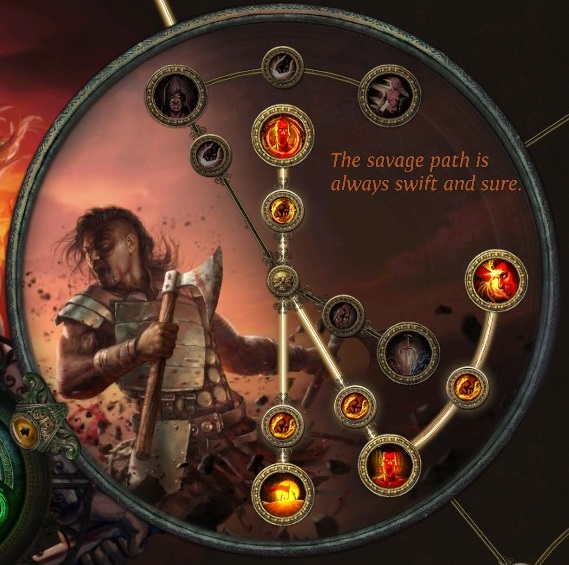 Berserker is generally a good class to scale damage with minimum investment, and keeps scaling at endgame, making it a really good offensive build.

Ice Crash is not a complex skill, it’s a Melee skill which slams the ground, creates an area of ice that hits the enemies three times, dealing less damage with the second and third hit. It has huge Effectiveness of Added Damage (up to 280% at gem level 20), which works as a multiplier for damage, and that’s why Debeon’s Dirge is a very strong weapon for the build. It has the biggest flat “added cold damage” on any weapon, so it scales damage dramatically. It also converts 100% of the physical damage to Cold, which offers an alternative way to scale damage through flat “added physical damage” where possible. 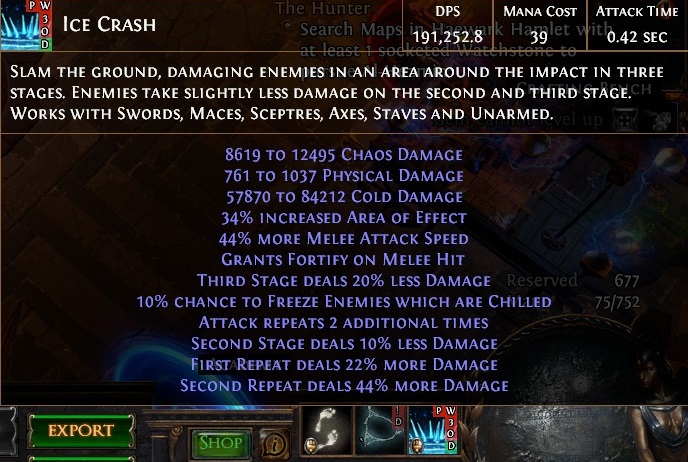 Ice crash damage breakdown from the build in 3.10 (Delirium)

Using a two-handed weapon is relatively slow, but with the many hits we gain from Multistrike and Ice crash hits, it’s easy to deal enough critical strikes to maintain Elemental overload. You can also make use of the new “Exert” mechanic for slam skills.

Warcries by default are active skills that provide situational benefits to players, they have a cast time, cooldown, mana cost, and works great against larger groups of enemies rather than single target. These small problems can be solved with investment in Warcries. The reworked “War Bringer” in Berserker ascendancy gives huge damage buffs, allowing us to save points in the passive skill tree and use them for Warcry nodes. We end up with a couple extra buttons to press and hold while playing, that gives you so many benefits.

With the new “Seismic Cry” introduced in 3.11 Harvest Expansion, we get more damage and a better chance to stun enemies for the next 4 attacks. If we lower cooldown of Warcry to almost 2 seconds, and keep our attack speed around 2 attacks per second, then we will have 100% uptime for Exert attacks, which have even bigger multipliers from Berseker tree.

We don’t have to keep cooldowns and attack speed exactly at 2 seconds, as Path of Exile involves a lot of movement between packs and away from boss AOEs. Remember we always consume rage when it goes higher than 25, so without Multistrike we will be much slower than intended.

We can also link Warcries with a second wind, for faster cooldown, and one extra use per cooldown, which can make all the difference.

Using the typical Enduring cry can be used for Endurance charges, damage reduction, and burst life regeneration when needed. We can make warcries instant and alternate between them, or keep cooldown times separate and spam both of them.

Copy and import this link in offline tool “Path of Building” to see the entire character build. With detailed skill trees for leveling, all possible gem supports, and you can switch between starter gear and endgame setup.

We go through melee Physical damage nodes, towards “Born to Fight”, Then make sure to get “Heart of Warrior” before going north to get “Deep Breaths” Wheel, then “Sanctity”, “Discipline and Training”, “Retribution”, and finally Elemental Overload.

Finally we go south to get the “Admonisher” wheel, and also grab “Holy Dominion” and “Divine Fervour” near the Templar area.

We go deeper into the Duelist section, taking the entire wheel for “Harvester of Foes”, then grabbing “Master of the Arena”, “Bravery” and “Art of the Gladiator”.

In the Templar section we grab “Devotion” as well as the adjacent life nodes, and head east to get the jewel socket, and “Constitution”

Finally, we build up our accuracy and attributes by getting “Versatility”, “Precision”, and the “Eagle Eye” wheel. 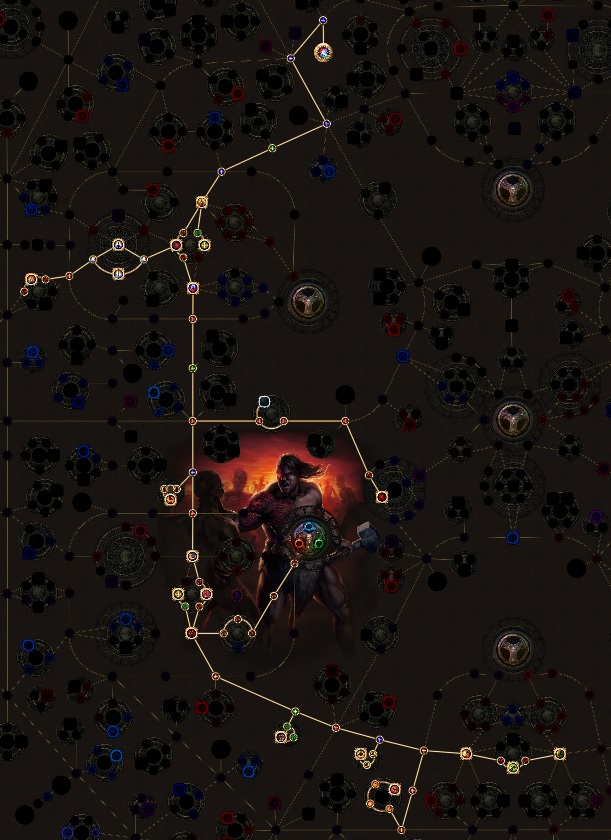 By now we have reached maps, or almost there. We must finalize our base build by finishing the “Constitution” wheel for survivability. From there we go more into the Duelist section, to get “Golem’s Blood” , “Hatchet Master”, Life and mana leech, and then onto the “Fangs of Frost” wheel.

We will build up more life from taking “Thick Skin” as well as the “Bloodless” wheel, and followed by the “Quick Recovery” wheel. Adding another jewel socket is always a good idea, in addition to “Soul of steel” for more defense. Getting to “Natural Authority” and “Call to Arms” is an easy path for damage increase from Warcries 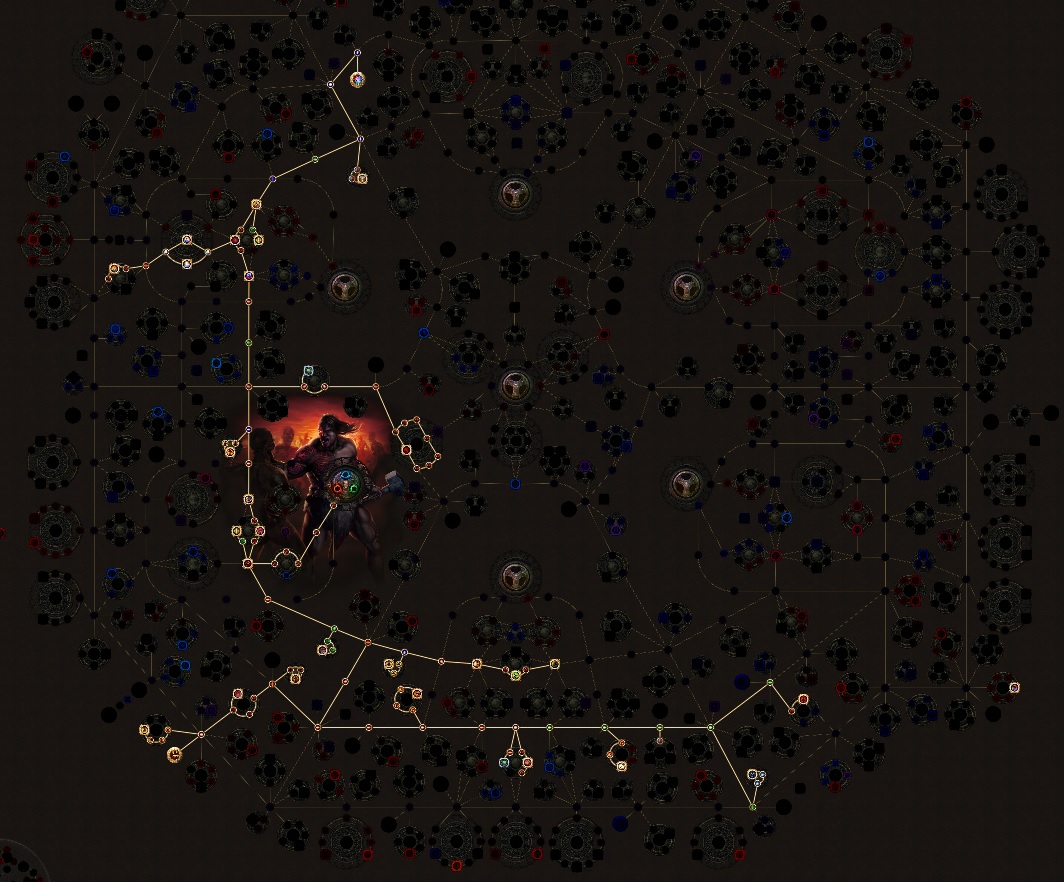 You need to acquire these three cluster jewels to build up your skill tree:

These will take anywhere from 17 passive skills up to 20 if jewels are not rolled with the minimum passive skills. You also need to anoint “Divine Judgment” to save four traveling nodes.

You have two options:

Below you will find some recommendations for weapons, armor and accessories needed for early leveling. 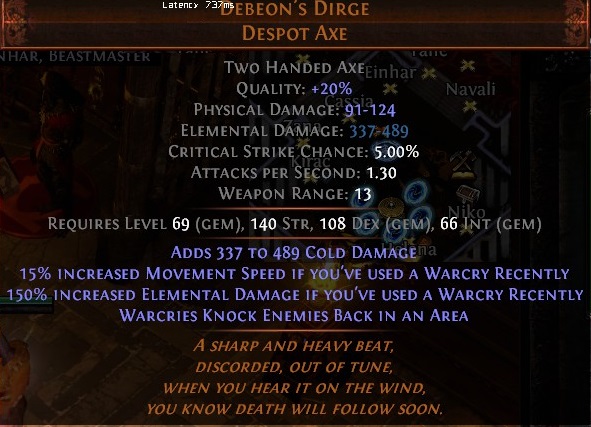 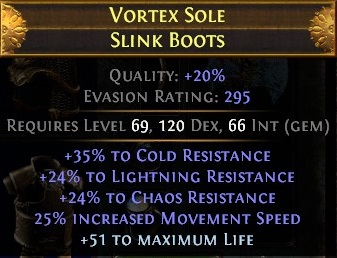 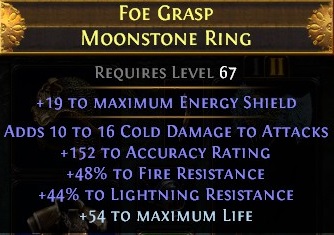 Below you will find some recommendations for weapons, armor and accessories that will be required for endgame content.

6L Debeon’s Dirge (5R1G) with one of the useful corruptions: 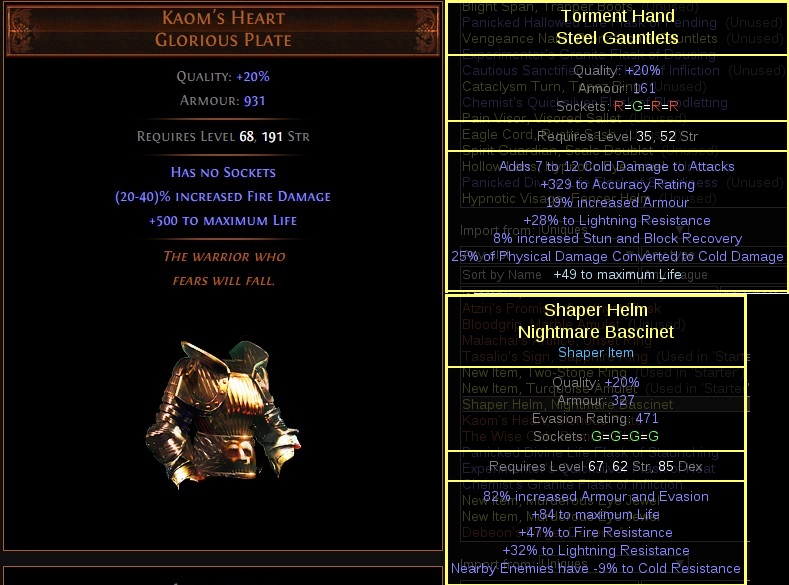 Pick one of the following: 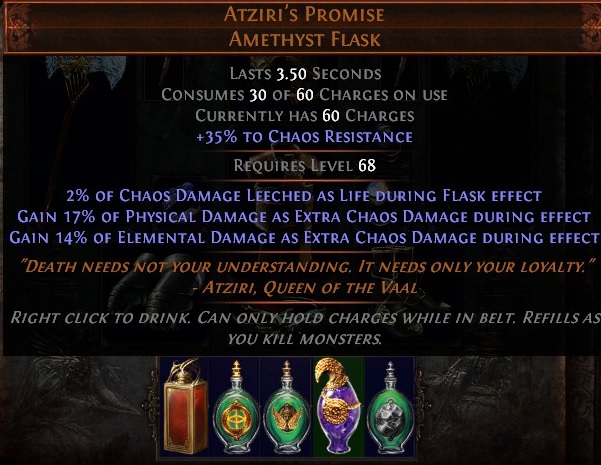 Soul of Arakaali – good to double the recovery from Enduring warcry

You have two options:

Soul of Shakari – to get almost poison immunity and save some chaos resistance affixes on gear.

Hardcore/SSF (Solo Self Found) Viable or not

Berserker is not advised generally for Hardcore, it takes more damage from all sources, and are more vulnerable to one-shot mechanics. The only defense Ascendancy has is Life leech from Pain Reaver. But the build can be tweaked, with perfect defensive stats on gear, you might get it to work. I’d not recommend it, unless you are very experienced with Hardcore.

SSF (Or Solo Self Found) will be really tough, because you can’t farm the required weapon for the build to work. It’s not viable without it.

For the Rich Guys

If you don’t have a budget and willing to spend whatever is takes to make this build work you can find the list of items needed below.

If you found this build useful and want to check out more Path of Exile content be sure read/watch our Path of Exile: Harvest Expansion Overview to find out more about the latest update.