Recently Sony revealed that the sequel Horizon Forbidden West would be coming to Playstation 5. Now more details have been revealed about the release window for the game.

Horizon Forbidden West Aimed to Release on PS5 in 2021

In the latest video shared by Playstation this week, Horizon Forbidden West has new details that were shared by Guerrilla Games director Mathjs de Jonge. The video also explained some new features of the game such as the set location which spans from Utah to the shores of the Pacific Ocean. The game world is much more expansive and detailed than the prequel Horizon Zero Dawn, also requiring “virtually no loading screens”. 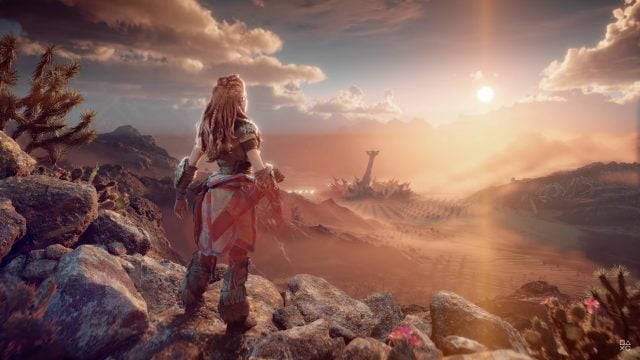 There are some familiar aspects returning in this sequel including dangerous enemy types that Aloy will be faced with including a large array of machine type lifeforms. There is also the chance to dive into lakes and the sea with underwater exploration, giving players the opportunity to discover things on land as well underwater.

Forbidden West also introduces new tribes, some friendly and some not so much. One of these hostile tribes has found a way to override the machines, using them in battle. It’s one thing to have a wild beast attack, completely another with one kitted out with armor and under the command of a deadly force.

The sequel is shaping up to be visually very impressive, hopefully it has a compelling narrative and intuitive combat to keep players immersed in this post-apocalyptic world.

You can check out the latest video below:

Horizon Forbidden West will release on Playstation 5 in 2021.

For more news be sure to read next Steam’s Summer Game Festival Kicks Off With Over 900 Playable Demos and Little Town Hero Coming To PC On June 30th.