Mortal Shell is an action role playing game being developed by Cold Symmetry, an Indie studio that is comprised of just a dozen or so industry veterans. A lot of new information has been shared about the game recently, including some on our own Twitch Channel, as we had the developers on with us answering questions. In this article we’ll be covering everything that we learned during this past weekend, including that on our stream, summing it all up for you in case you missed it.

Mortal Shell: Everything We Know So Far

However, before I get into it, let me just reiterate that this game is made by a very small amount of people, and it’s actually pretty incredible what they’ve accomplished over the 4 years of the game’s development. You shouldn’t expect a Dark Souls quality game, however, as FromSoftware has over 100 people working on their projects, and have a much larger budget. 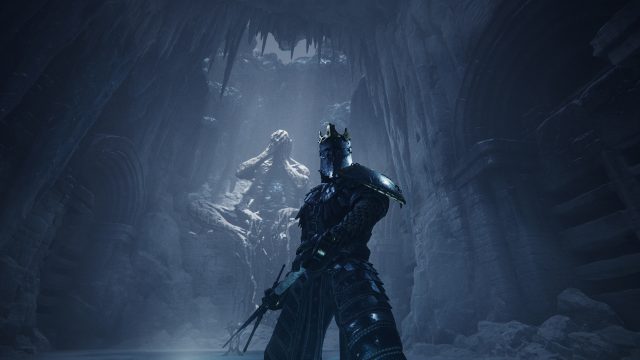 Mortal Shell‘s story and lore are cryptic and it isn’t easy to really piece together what is going on unless you put a lot of effort into it. Lore is handled much the same way as it is in Dark Souls, with item descriptions and convoluted dialogue doing a lot of the heavy lifting. You will also learn more about the story of the game, via the Shells themselves, as each has a backstory that becomes more and more clear as you unlock their Skills. 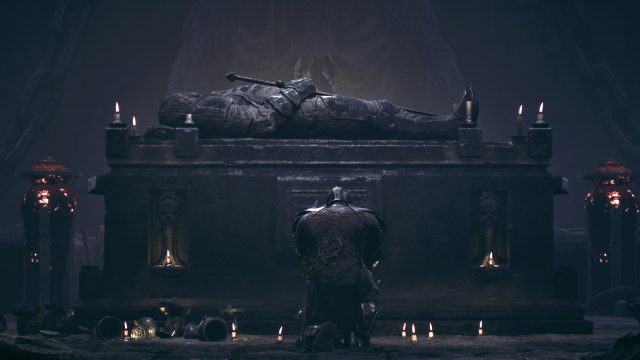 The atmosphere of the game is exceptionally well crafted and it feels dark and horrifying in some cases. Hearing the heavy footsteps of enemies around the next bend can be intense and haunting, making you afraid to push forward and see just what you’ll be faced with. The world feels gloomy and devoid of hope, and the player seems very much alone in his quest to escape the emptiness. You can really tell that this was a huge focus of Cold Symmetry, and something they put a lot of blood, sweat and tears into.

Environments look and feel different enough to keep players interested, and the attention to detail is perhaps even better than Souls in some respects, and the Unreal Engine 4 reinforces this concept. There’s just more detail than From Software’s in house engine. Overall I’d say that Mortal Shell is the only Souls-Like game that I have seen that really captures the dark moodiness of Souls, and it raised the hairs on the back of my neck just looking at it. My only concern here is whether they put too much emphasis on this aspect, and not enough into the gameplay elements, so let’s talk about those.

Mortal Shell has very similar mechanics to Dark Souls, and I’d wager that if you are at all familiar with the legendary franchise then it wouldn’t take you long to learn those of Mortal Shell. There’s a Light Attack, Heavy Attack, Parry, Dodge Roll and a form of blocking that is called “Hardening”. These things all use Stamina of some sort to perform, so you can’t just spam away as well. 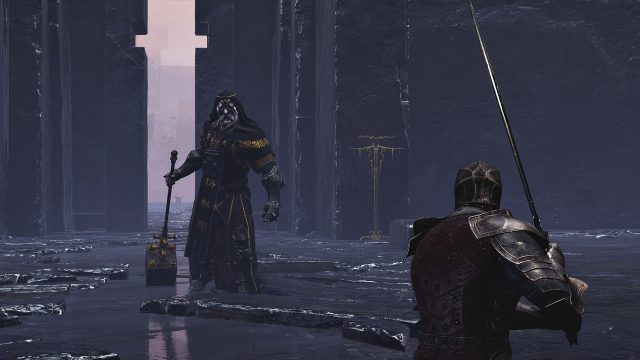 But the blocking mechanic is handled slightly differently, and instead of using a Shield players will turn to stone for a second or two, preventing all damage that would be dealt them. It’s a fresh take, and expertly weaving it into your attacks can be quite challenging, especially since it has a brief cooldown of about 5 seconds or so. Skilled players will learn to use this at the last possible second, preventing the flow of combat from being interrupted too much.

Probably the most interesting mechanic of Mortal Shell is the use of Shells, that can be inhabited by the player in order to change combat styles. Shells for all intense and purposes are the games “Classes”, but they are much more than that and each has it’s own backstory that you will discover as you progress through the game. 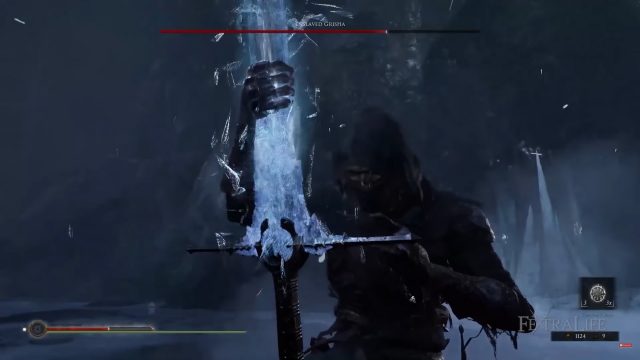 There are 4 Shells, of which we have seen Harros and Tiel, with Harros being a more well rounded “warrior”, and Tiel playing more like your classic “rogue”. The other two have not yet been revealed, so not much is known about them. However, since Mortal Shell doesn’t feature magic of any kind, we know they won’t be “mages”. 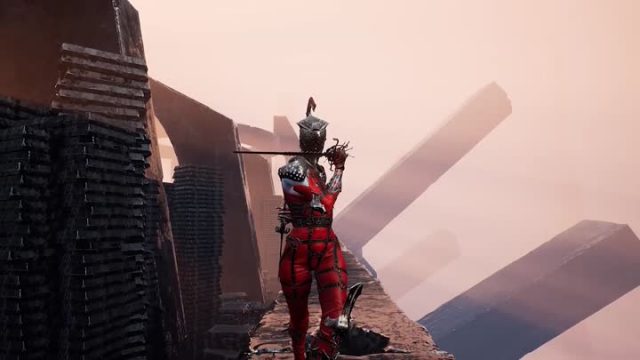 Another really interesting thing is that there are sections of the game that allow you to change your Shell from one to another, so you can play an area as your preferred Shell. Additionally, there are consumables that allow you to transfer from one Shell to another mid fight, which opens up a ton of possibilities gameplay-wise and sort of reminds me a bit of Code Vein, where players could swap Blood Codes on the fly. Only in this case, it’s tied to a consumable instead. 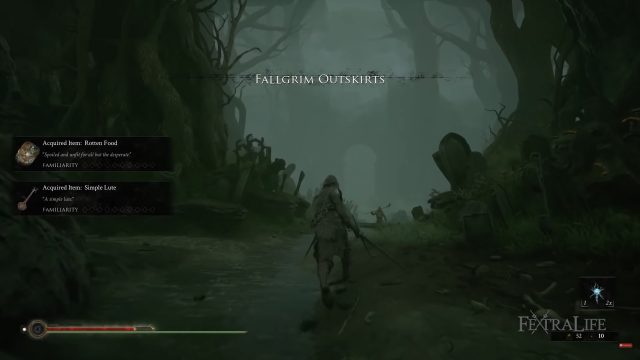 Players are knocked out of their Shells when their HP is reduced to 0, and they can choose to re-enter them and be healed to full, or they can stay outside them and fight, saving the full heal for the opportune moment. Additionally, if a player’s HP is reduced to 0 a second time they will die, leaving behind a stone form of their Shell and all their currency. However, there is a rare consumable that allows you to be knocked out of your Shell again without dying, essentially giving you an “extra life”. 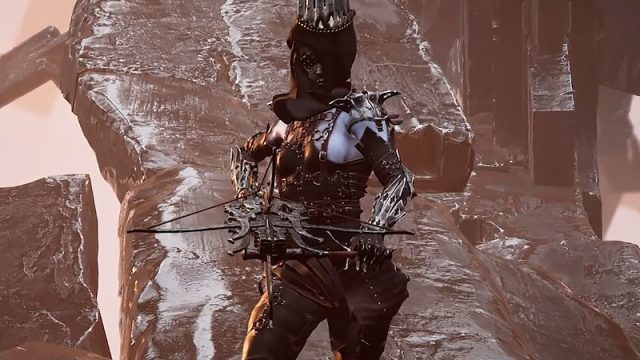 This Shell can then be consumed at any point for a full heal and the return of the currency they dropped, allowing players an “extra” heal in a boss fight or area they are having a tough time with. These stone copies of shells can stack, so if you keep dying in an area before you recover your shell you’ll have several full heals waiting for you, which can make difficult areas of the game or a boss easier.

Enemies also all respawn when you die, so you will have to face them again or try your hand at sprinting through them instead. Though you will leave behind your currency if you chose to do so, unless you are clever enough to get to your stone Shell along the way.

The customization of Mortal Shell is where you can really see that the game, while on par with Souls in some ways, is still an indie title and one without a huge budget. There are 4 Weapons in the game, each of which has unique Skills and Abilities that can be unlocked as you progress, but that is not a mind blowing amount. These are the Martyr’s Blade, Hammer & Chisel, Claymore or Bastard Sword, and a Mace. There are no Shields in Mortal Shell, except for those some enemies use. 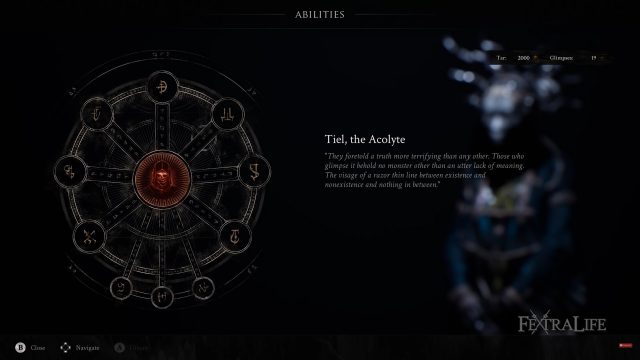 Weapons can also be upgraded to have various effects at certain stations through out the game world, and this allows players to gain abilities they can do with them. For example, the Martyr’s Blade has a special AoE it can do to freeze nearby enemies. Another weapon looks like it can be upgraded to have an acid effect, but how that works is not yet completely known. 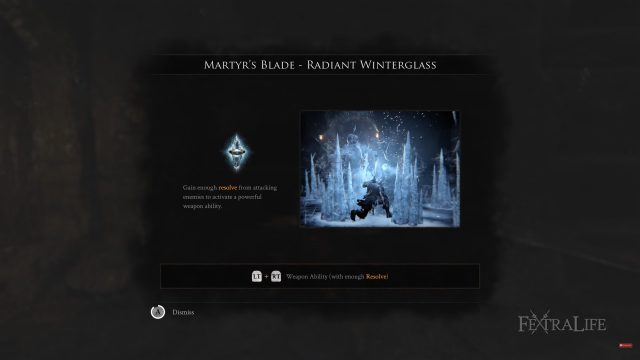 Mortal Shell also doesn’t feature any Armor or Accessories for the players to loot and collect, but I strongly suspect that each Shell will have its own “Armor Value”, since some are more heavily armored than others. Additionally, players can upgrade their Shells by unlocking skills and abilities via Tar and Glimpses (the game’s currencies), that changes and enhances the way they play. And, we’ve been told that you cannot get them all unlocked in one playthrough unless you grind an enormous amount, so you will have to play again in NG+ in order to get them all, and there are multiple NG+ difficulties. Note that there is also new things to discover in NG+ as well, so that gives you more reason to play again.

We do know that there is no multiplayer of any kind, whether it be PvP or Co Op play. The devs stated that they simply didn’t have the time and budget to add these without sacrificing core gameplay mechanics and experience, and that they’d rather have a well done single player game then a mediocre multiplayer game. They did however mention that they are open to adding MP in the future if the game is successful enough. 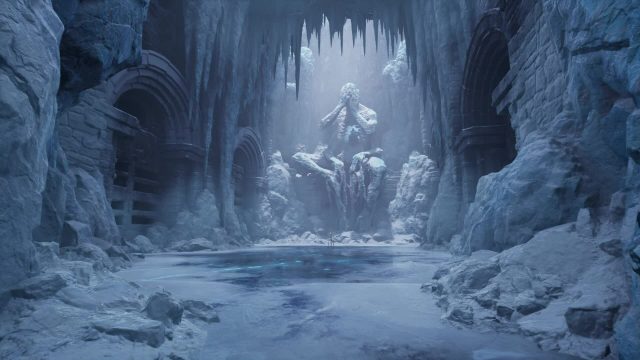 One of the big questions on everyone’s mind during the stream was how many Bosses there would be, if there were optional Bosses, and if they would have music. And while we didn’t get a straight answer on the number of Bosses, we did find out there would be optional ones, and that they will have music playing during them. The Grisha you saw on our stream is not technically a Boss, but a mini-boss, so that is why you don’t hear intense music. 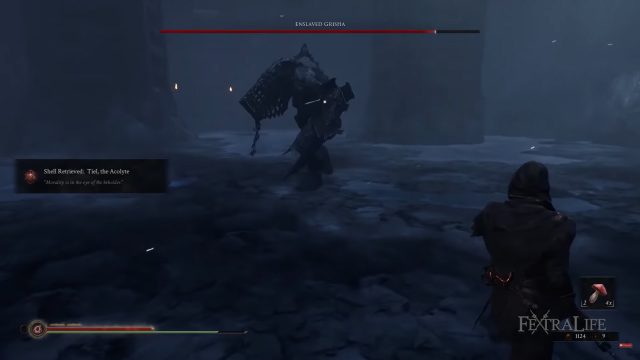 Another thing that was asked quite often is whether or not you can use different Weapons with different Shells, and the answer to that is yes. You can use any Weapon with any Shell, so this will not be an issue for players. Another thing to note, however, is that you cannot change the appearance of your character without changing your Shell. So there is no “Fashion Shell” so to speak.

Character progression is handled much differently than Souls games, and players don’t have a character “level”. Instead they use their Tar and Glimpses to unlock skills for each Shell in order to make them more powerful. They can unlock Skills from each Shell, or focus on one at a time, and the choice is left up to the player, but you don’t “gain levels” or experience like in other RPGs.

Mortal Shell is shaping up to be the Souls experience many have been craving in the absence of Elden Ring (and the Demon’s Souls Remake that was just announced). Unlike these titles that may or may come out this holiday season, we do know that Mortal Shell will be released in Q3 of this year, and there will be a Closed Beta on July 3rd. We gave away some codes for the game on our live stream with the developers, and we’ll be giving away more between now and the Beta, so pay attention to our announcements so that you can enter to win. 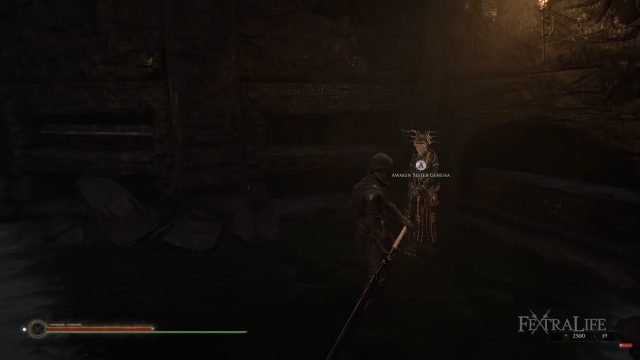 Mortal Shell has clearly focused on the things that I think most Souls players care about. Atmosphere, environments, and that dark and loneliness of a world gone wrong. My only concern, as I mentioned above, is whether the combat will be able to hold up to the monumental expectations and scrutiny of the Soulsborne community. For such a small dev team (15 people), they’ve already achieved more than most would think possible, but will it be enough to gain the nod from Souls’ notoriously critical fan base? 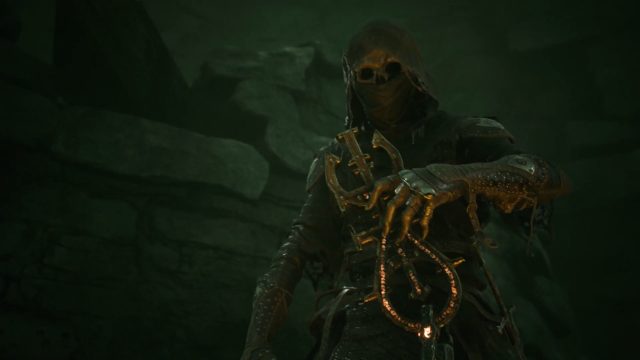 At a price point of 30 USD and a length of 15-20 hours for one playthrough, I think most Souls players will enjoy this compact Souls experience while they patiently wait for From Software. It’s certainly not going to supplant Souls as their favorite game of all time, but it should scratch the itch that’s been growing since Sekiro in March of last year. There is a good chance that Cold Symmetry could be onto something here, and while Mortal Shell was clearly heavily inspired by Dark Souls, I think they’ve added enough spin on the formula to create their own fan base that loves their game for what it is.

Mortal Shell will be releasing on PC via the Epic Game Store, and PS4 and Xbox One sometime in Q3. The reason given for the Epic Game Store, was simply that it was a tough call, but ultimately they needed the influx of money from Epic in order to make the game they wanted to make, and they felt they could not have done so otherwise. So don’t judge them too harshly for it.

Stay tuned for more Mortal Shell updates through out June, and be sure to check out the Official Mortal Shell Wiki if you haven’t already!