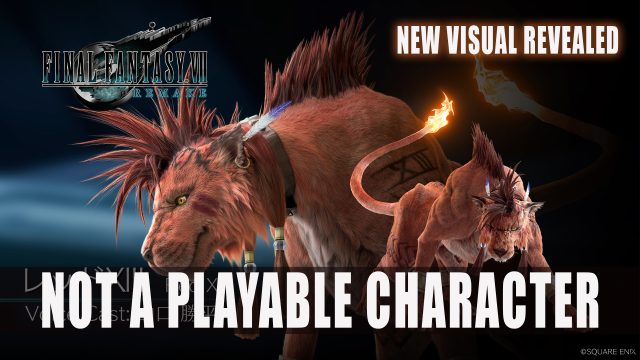 As we get closer to the release of Final Fantasy VII Remake next month, Square Enix shares more details and images from the upcoming remake. In their latest post on Twitter, the developer shares a new image of Red XIII along with a description of this character. The Google translation reads:

A beast that manipulates human words. It has a supple body covered with red hair, sharp claws and fangs, and a burning tail. Currently captured as a research sample and confined to Dr. Hojo’s facility. Red XIII is [a] model number, not [its] real name.

Upcoming Final Fantasy VII Remake is a reimagining of the original title and will feature the well-known characters fans got to know in FF7. According to an interview with VG247 and co-director Naoki Hamaguchi, Red XIII won’t be a playable character.

However, Red XIII will battle alongside you as a guest character that acts as AI, rather than you being able to control it like you can with characters such as Barret or Tifa. This decision was made as Red appears quite late in the story and making him a “full character” this late in the game, would be a bit time conscious for “character development and growth as a character”. So while Red XIII won’t be a fully playable, at least will be part of the gang in the remake.

We got a chance to check out the demo which released free on Playstation 4 last week, and also have an Impressions video if you want to know what our thoughts were on gameplay and even classic mode. FF7 Remake has been a long time coming and will release in parts, the first arriving this April and has gone gold, which means it’s all set for its release.

If you’ll be adventuring to Midgar, be sure to drop by our Final Fantasy VII Remake wiki for all the latest info. You can also find out a full list of characters here as well.