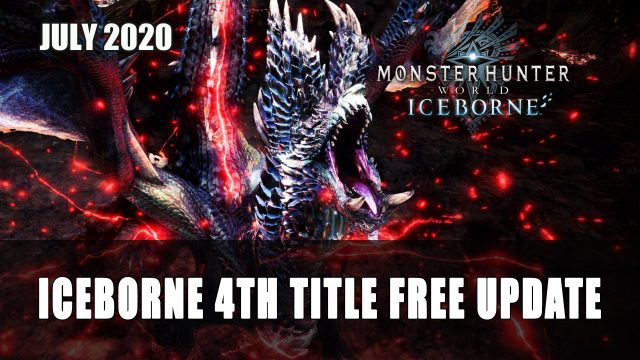 Capcom have announced that the fourth free update for Monster Hunter World Iceborne will be releasing this July.

Earlier this year in April Capcom announced that the fourth free title update for Monster Hunter World Iceborne would be delayed from its original May release date. Stating it could not keep its development on track due to COVID-19 which affected the Monster Hunter World team. A new window has been announced for early July 2020.

An Update on Alatreon / Title Update 4 for #Iceborne pic.twitter.com/ZYR53C31zK

The fourth update brings the “Blazing Black Dragon” Alatreon to Iceborne, a fan favourite that appeared in Monster Hunter 3. In previous Monster Hunter titles Alatreon is capable of utilising a number of elements including Thunder, Ice and Fire attacks. Along with a new monster comes new weapons armor and more, which was outlined in the last title update roadmap. New monsters and further updates are planned but no release window has been announced yet for further content.

Monster Hunter World Iceborne is available to play on PC, Xbox One and Playstation 4.

For more news be sure to read next Cyberpunk 2077 Mission Freedom Three Times More Than The Witcher 3 and Sony’s Playstation 5 Event Rescheduled For June 11th.