In a recent interview for GameStar‘s podcast the developer behind Cyberpunk 2077 shared the game’s quest design and how it compares to the studio’s previous games such as The Witcher 3. CD Projekt Red are well known for the RPG The Witcher 3 which has reached a number of milestones including selling over 28 million copies worldwide, which is not too shabby indeed.

If you wondering what would cause you to fail a mission, according to CDPR it’s death. This certainly provides a lot of flexibility as the team explored many ways that a mission could end in failure, but assures that no matter how silly the reason could be to fail a mission, they considered it. For example if you wanted to step out and grab a burger while on a mission, you can still do that without it interfering in the success of that mission. 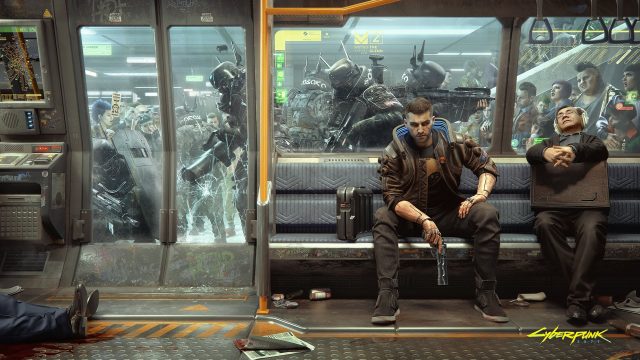 Previously the developer shared this wallpaper showing the underground, just one of the many situations you may come across in Cyberpunk 2077.

According to the interview CD Projekt Red are making leaps and bounds with Cyberpunk 2077 as the project design has progressed just as much as the Witcher 3 did compared it’s previous title. The options to end a mission with success will have three times as much choice in terms of how to end a mission successfully, compared to The Witcher triology.

The developers shared other interesting features such as how the thousands of NPCs will also have their own set of unique routines. They also explained more about Cyberspace, a place where players can encounter new gameplay elements once they are inside. Cyberspace is described by the developer as a cross between Skyrim and Tron. This place will grant you access to fantasy styled weapons and meet some creatures that will help you rid of hackers. In terms of combat, what we’ve seen so far in gameplay footage is not the full extent, and we can expect much more.

The Night City Wire showcase will take place on June 25th, which may be showing a new trailer for Cyberpunk 2077. Recently the event got postponed from it’s original date of June 11th due to the current protests happening in the US.

Cyberpunk 2077 will release on September 17th for PS4, Xbox One and PC, with next-gen console versions release later.

For more news be sure to read next Sony’s Playstation 5 Event Rescheduled For June 11th and CrossCode For PS4, Xbox One And Switch Launches July 9th.