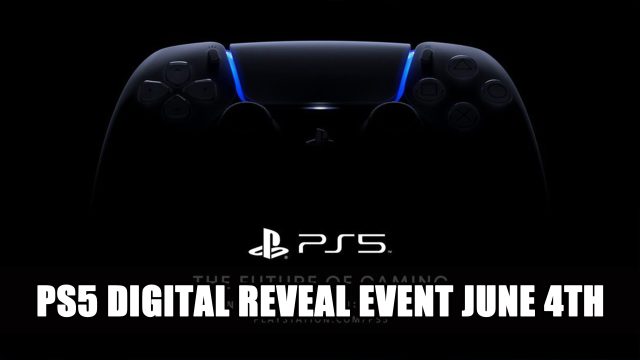 Sony have now confirmed they will be having a Playstation 5 event on June 4th, set to take a closer look at PS5 games.

Sony Interactive Entertainment have now pinned down the date Thursday June 4th at 1 PM PT/4 PM EDT for the next big Playstation 5 reveal event. It sets to to show off Playstation 5 games and will be broadcast on Youtube and Twitch. The news was shared via the Playstation Blog which outlines that the games will shown will be released after the launch of PS5 in the holidays of 2020.

The games coming to PS5 represent the best in the industry from innovative studios that span the globe. Studios, both larger and smaller, those newer and those more established, all have been hard at work developing games that will showcase the potential of the hardware.

The showcase will run for about an hour and will feature for the first time a completely virtual experience, which won’t be accompanied by any physical event. Since gaming events are mostly virtual these days due to the current situation, PS5 is no different as this will be highlighting upcoming games via broadcast. Sony assures there will be much to share despite there being no physical event.

So far we have yet to see titles running on PS5, except for an impressive tech demo which shows Unreal Engine 5 running “Lumen in the Land of Nanite”, which showed off two major features Lumen and Nanite. Lumen provides a universal lighting system that helps developers construct realistic looking lighting effects, while Nanite lets devs take movie-quality digital assets and place them straight into their games.

Hopefully we will be seeing more PS titles in action during the announcement and more details about the console itself.

For more news be sure to check out next Baldur’s Gate 3 Dev Teases More News Throughout June. For a round up of recent RPG news find it here in Top RPG News Of The Week: May 31st (Darkest Dungeon, ESO Greymoor, Fallout 76 And More!).