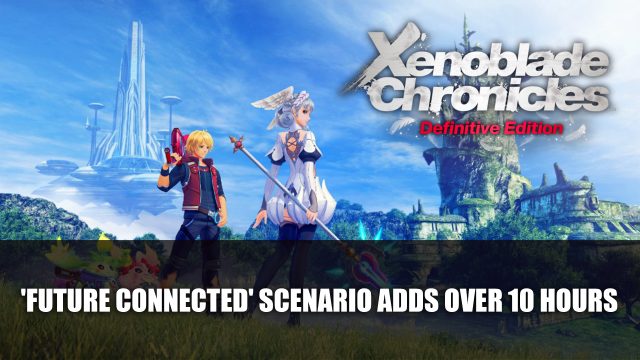 Xenoblade Chronicles: Definitive Edition will be coming with an additional scenario titled “Future Connected”, which adds between 10 to 12 hours of story according to Gematsu. However, if you add in the side content this will be around 20 hours long according to Weekly Famitsu.

Director Tetsuya Takahashi spoke to the magazine sharing some new details about the game, sharing that the scenario would have been even longer if it were added as a paid DLC. However, because they were concentrating on new titles as well, they didn’t have enough resources to make this happen.

The developer Monolith Soft had their production staff split into three sections, with one to work on Xenoblade Chronicle Definitive Edition, another to work on the new title and one to work on both. The original  character graphics were not great but in the definitive edition they’ve been improved. If you’re wondering about the music of the game, this was not recorded with a live orchestra, but instead improved and rearranged.

It sounds like they had to know where to spend their time on the remaster as they were working on the new title as well.

Xenoblad Chronicles: Definitive Edition will be releasing on May 29th on Nintendo Switch.

For more news be sure to check out next InXile Entertainment Next AAA RPG Will Use Unreal Engine 5 and Frozen Flame A Survival Action RPG Launches On PC Early Access This Fall. Looking for more JRPG action? Be sure to check out our Scarlet Nexus First Impressions.