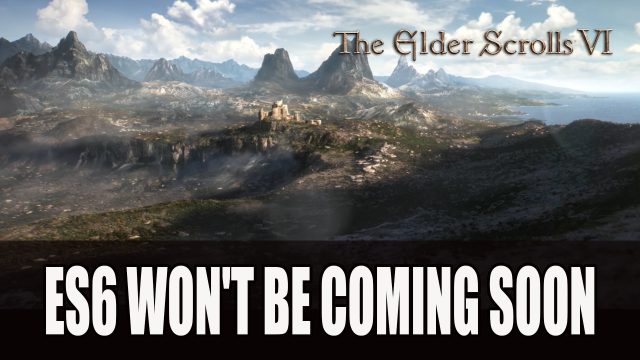 Bethesda Game Studios president of marketing Pete Hines has been having a continuous back and forth with fans ever since the reveal of The Elder Scrolls VI.

As we get closer to the month (or this year, months) of gaming events, the rumours and questions start to go into overdrive. One highly anticipated title that was debuted during E3 two years ago, has cropped up again. The first teaser for The Elder Scrolls 6 was revealed at E3 2018, a couple years ago now and since then details for the title have been thin. That hasn’t stopped fans from trying to get more information about the project from Bethesda Game Studios president of marketing Pete Hines.

The update so far is not what we’d hoped, as Hines replied to a Twitter user about further details for ES6, he responded “if you’re coming at me for details now and not years from now, I’m failing to properly manage your expectations.” He also went to explain that The Elder Scrolls 6 is not the next Bethesda title, as Starfield a new IP will be releasing before. This has been known since it was announced officially during E3 2018.

It’s after Starfield, which you pretty much know nothing about. So if you’re coming at me for details now and not years from now, I’m failing to properly manage your expectations.

But Bethesda has also been focusing on their other current titles including Fallout 76: Wastelanders, Doom: Eternal and Wolfenstein: Youngblood. With these already released, Bethesda could be ready to share more about their upcoming title Starfield. Hines was also questioned about when we’d see a deep-dive about the new sci-fi IP, in which he replied “someday”, which doesn’t really give a determined window.

S-s…sunday?? The subreddit is about to go nuts

Starfield has been a longtime in the making, Pete Hines has been wanting to make this kind of game since the 90’s, however the kind of the technology didn’t exist back then. Learning this mean Starfield has been high upon the Bethesda list for quite some time now and will be a big project for them. It was explained at E3 that once Fallout 76 was released, a lot of those who worked on the project in Maryland and Montreal will move onto Starfield. With Fallout 76 released, this would mean their focus would shift to Starfield.

This only supports that ES6 will yet again not be present during June’s announcements. Maybe there is still hope for something Starfield related? We will keep you updated with the latest news during the next big gaming event Summer Game Fest which starts on May 12 at 12:00PM ET.

For more news be sure to read next Scarlet Nexus Adds PS5, PS4 And PC Versions and The Ascent A Cyberpunk Top-Down RPG Gets Gameplay Video. You can also check out Vampire: The Masquerade – Bloodlines 2 Adds PS5 Version.