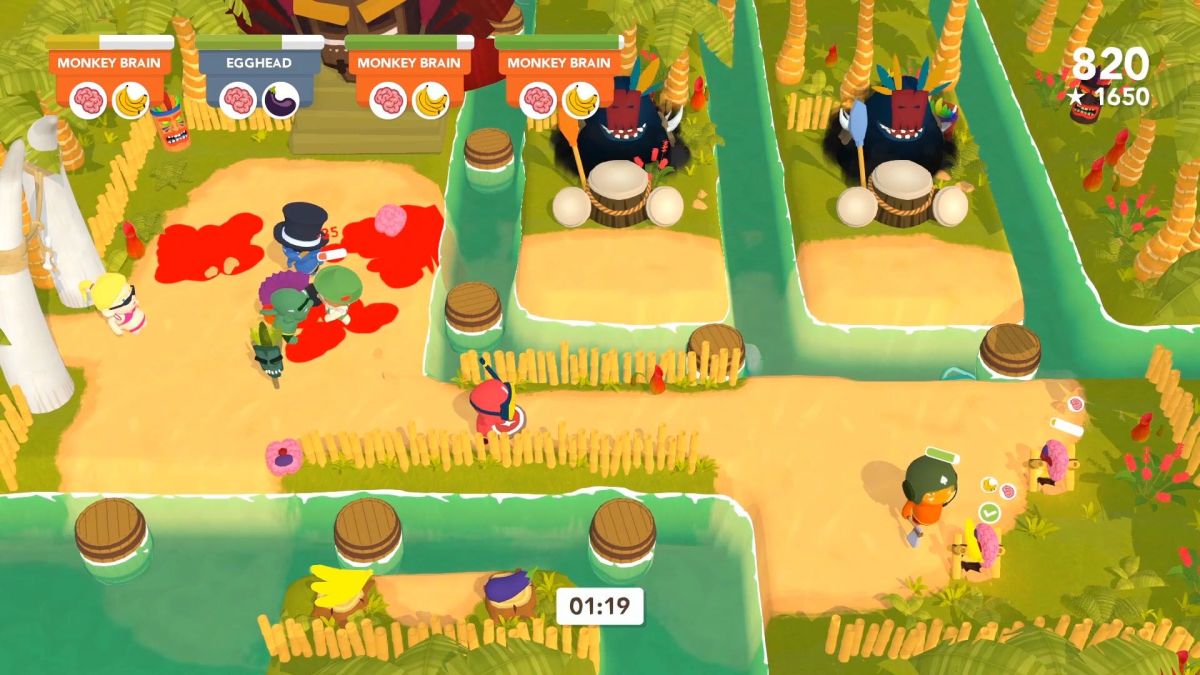 The Overcooked games are great, especially if you enjoy being yelled at by your friends and loved ones because there are few things more stressful than running a restaurant kitchen together. Indie studio Rocket Vulture have a new game coming to Steam that looks like it hits all the same buttons as Overcooked, only it’s called Cannibal Cuisine and instead of making burritos and soup you have to murder tourists to feed them to a god called “Hoochooboo”. Also you have “voodoo powers” like the ability to breathe fire, or dash.

Which seems a teensy bit problematic, even before you get to the overwhelming similarity to Overcooked, from the graphical style to the UI. I mean, Graveyard Keeper seems a bit like Stardew Valley but with cannibalism, but there’s a lot more to it beyond that superficial similarity. Based on the trailer it doesn’t seem like there’s much more going on in Cannibal Cuisine.

It’ll be available on Steam from May 20.