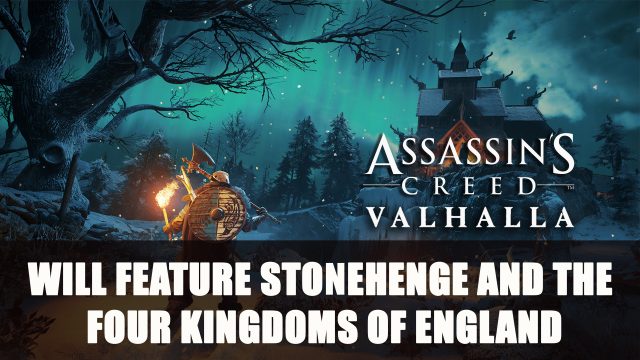 The trailer for the upcoming Assassin’s Creed Valhalla released last week which has the internet hungry for answers. One such fan tweeted the creative director about a particular iconic landmark.

Reaching out to creative director Ashraf Ismail, a fan on twitter asked if we would be seeing Stonehenge. Assassin’s Creed Valhalla will take place on a journey from Norway to England, by the role of a Viking.

Ismail replied to the tweet saying “oh, can you ever!” which means yes we will be seeing this historical site in Valhalla. This also leads to questions of what else we will be seeing in Ubisoft’s version of the Viking era. In a recent trailer breakdown on the Ubisoft Youtube channel, the developer shares that Valhalla will cover the four kingdoms, Wessex, Mercia, Northumbria and East Anglia.

oh, can you ever! pic.twitter.com/y4lJoayK9X

So far it’s uncertain of just how big the map will be for Assassin’s Creed Valhalla but we will probably getting some more details when we see the gameplay trailer which is set to be shown during the Inside Xbox event this week which is set to unveil games for upcoming Xbox Series X.

In case your missed it you can check out the trailer unveiled for Assassin’s Creed Valhalla plus some released screenshots below:

For more news be sure to read next Rumour: Elden Ring At Xbox Series X Games Reveal Event and Pathfinder: Wrath Of The Righteous Closed Alpha Testing Now Available. You can also check out Summer Game Fest 2020 Announced By Geoff Keighley.