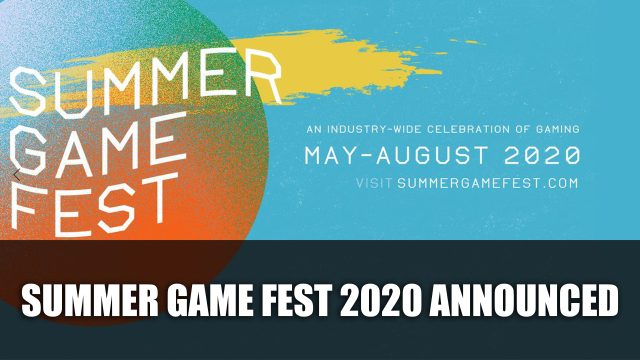 Creator of The Game Awards Geoff Keighley has announced the Summer Game Fest will be a 4 month long celebration for games and will run from from May to August 2020.

This week The Game Awards creator and producer Geoff Keighley shared news about the Summer Game Fest, a 4-month stretch digital event which will highlight announcements and free playable content.

Taking place from May to August 2020, the Summer Game Fest will encompass feature updates from some notable giants in the industry including publishers, platforms and developers. In a post on Twitter, Keighley outlined “Phase 1” of the event, which will include some big announcements from the likes of Xbox, Playstation, Warner Bros. Interactive Entertainment, Bandai Namco, Bethesda, Blizzard and EA.

Also Steam, Xbox and other platforms will give players limited-time access to a number of game trials throughout the span of 4 months. This also includes the previously announced Stream Game Festival: Summer Edition which runs from June 9th to 14th. Keighley also announced that Xbox will announce a game festival for this Summer, but more details will be shared soon.

Introducing @summergamefest, a new season of news, in-game events, and playable content from the entire video game industry. May – August 2020, and a developer showcase with @iam8bit too. See you soon! https://t.co/Hp7WuLrjXk pic.twitter.com/DashSP4Q5I

As for Gamescom: Opening Night Live, this will actually be the finale for the Summer Game Fest. More details will be coming out in terms of schedule, but for now Open Night Live will take place on August 24th.

For a roundup of recent RPG news find it here in Top RPG News Of The Week: May 3rd (Assassin’s Creed Valhalla, Disco Elysium, Indivisible And More!).