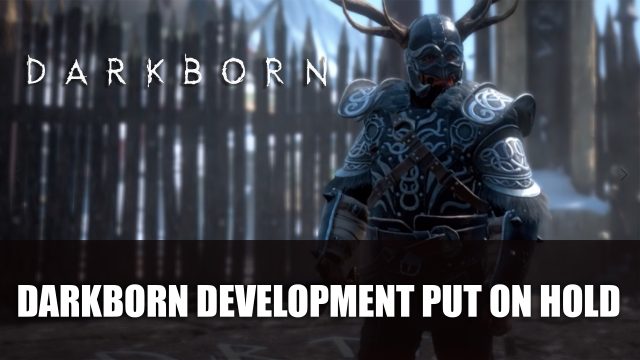 Developer The Outsiders behind the announced viking first person title Darkborn has been put on hold, but look to be working on something new.

Darkborn Development on Hold But Dev Working on Something New

In a recent Twitter post developer behind previously announced Darkborn, a viking first person RPG which released a gameplay trailer last year, has halted development. The developer The Outsiders explain even after spending four years developing the title, the project has been put aside for now, but tease they are working on something new, “something awesome”.

Darkborn was to follow a twist for the usual games where monsters are the enemies, instead players would play from the perspective of a monster being hunted by Vikings, in a fantasy action title.

You can check out the previously released gameplay trailer below:

The studio development was headed by ex-Battlefield developer David Goldfarb and was to be published by 2K label Private Division, but the publishing plans were dropped for some reason last July.

For more news be sure to read next Summer Game Fest 2020 Announced By Geoff Keighley and Top RPG News Of The Week: May 3rd (Assassin’s Creed Valhalla, Disco Elysium, Indivisible And More!).